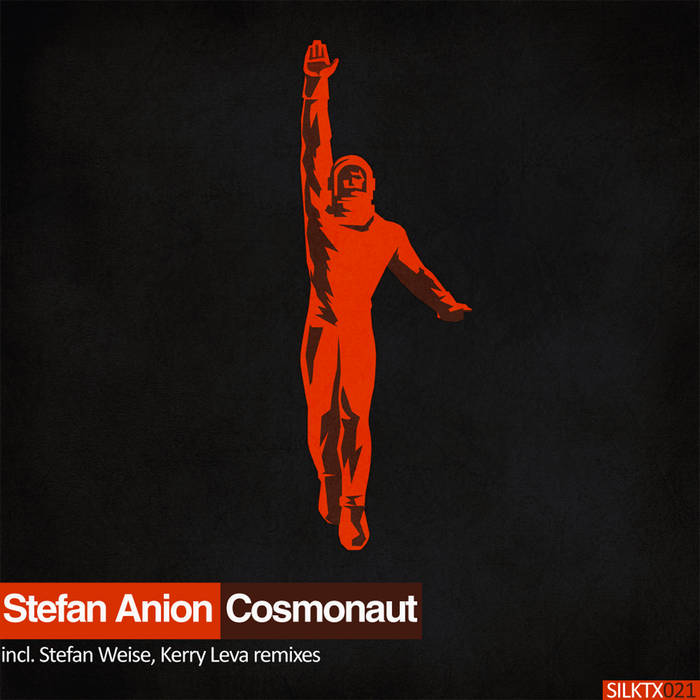 Silk Textures looks forward to embarking you on outer-wordly journey through space with it's latest release, "Cosmonaut," produced by Italian born phenom Stefan Anion. Now a resident of Dallas, Texas, Stefan has made a name for himself through his widely popular "Blue Industries" radio show on Proton Radio, as well as through a variety of visionary productions on Proton's many affiliates. Silk will also be featuring a groundbreaking "Rewoven" mix by him later this year, in which Anion has "re-intrepreted" several of Silk releases and threaded them back together into one seamless mix.

The Original Mix represents the more "proggy" variety of deep house occasionally featured on Textures. Jetting out of the gate with an upbeat rhythm, the song centers on a rolling, subby bassline, while myriad atmospheric wooshes and sonic "flashes" light up the soundscape. As the song chugs along, a funky lead begins to emerge, suggesting an almost "alien" presence ahead.

The first of two remixes in the package is by Stefan Weise, who is, in fact, the more pensive alter-ego of Anion (and the name that Anion will be using going forward for all of his production work). The beat hear is much lighter and more soothing, as if the daring "cosmonaut" has now finished his intergalactic flight and has just touched ground on an unknown planet. A chilled sub and evocative sweeps fill out the first half of this interpretation, as a more "distant" lead evolves. In the main break, a more subdued, less resonant version of the main lead and arp from the Original reappear; finally, the protagonist of this epic voyage has reached his destination.

Rounding out the package, American star Kerry Leva serves up a delicious alternative to Anion/Weise's takes. Perhaps best known for her and poignant lyrics and awe-inspiring vocals on such big rooms anthems as "As the Rain Falls" and "Memorial," Leva is also an exceedingly talented producer and engineer in her own right, as evidenced by this take. An almost "minimal-tech" groove sets the track off an upbeat tone, as the celestial soundscape is evoked once again by a variety of distant pads and side-chained sweeps. As the track progresses, the beat gets chunkier and we sense that the epic lead from the Original is not far off in the horizon. Sure enough, Leva delivers it in the main break, and it succeeds in carrying the track through the drop and outro of the tune.