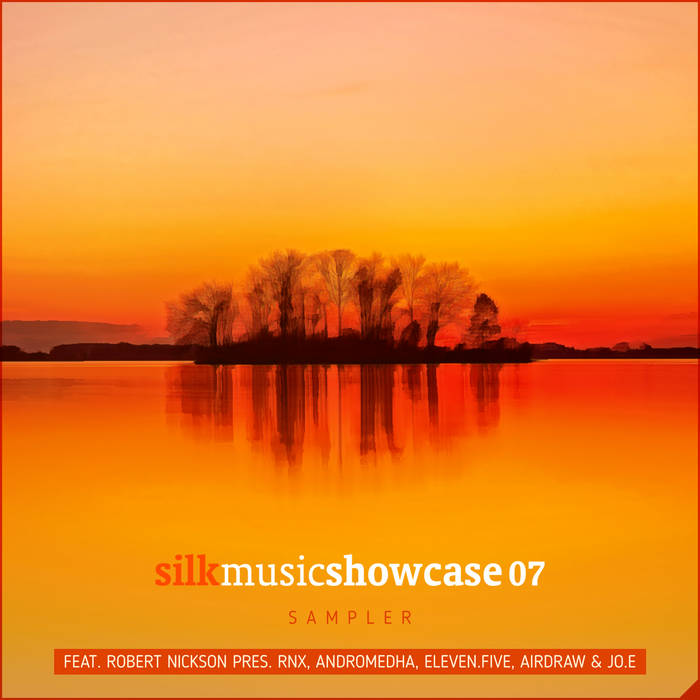 Jacob Henry and Tom Fall are thrilled to present a sampler of standout tunes from the Silk Music Showcase 07 compilation. From chill and cinematic to uplifting and euphoric, these four exceptional cuts from Robert Nickson pres. RNX, Andromedha, Airdraw & Jo.E, and eleven.five represent the full range of deep and progressive sounds on Jacob and Tom’s mixes.

The Silk Music Showcase 07 sampler begins with “Painting The Skies,” a rapturous melodic progressive house number from legendary composer RNX (aka Robert Nickson), whose nearly 20-year career has produced many a masterwork. In the early going, a rolling eighth note groove lays the groundwork for a euphonious chord progression, which briskly crescendoes toward the main breakdown. At that climactic juncture in the arrangement, RNX deconstructs the layered themes, leaving just the central piano arpeggio and main chord sequence; moments later, a higher-octave piano arpeggio and reverberating new synth lead join the fray, creating a symphony of synths that can only be described as transcendent. The anthemic drop to follow represents the pinnacle of peak-hour, melodic progressive house.

Label veteran Andromedha, whose extraordinary take on A.M.R’s “Pale Blue” was a highlight from our recent “Silk Remixed 09” release, now presents the exhilarating single “Harbour Calling.” In the opening minutes, the song’s thunderous low-end frequencies create an especially intense and suspenseful aura, as the lead theme lurks patiently in the shadows. Suddenly, the beats drop out, and we are left with a stirring orchestral section, from which the lead theme finally emerges, channeled through the evocative tones of an electric guitar. In the final movement of the breakdown, the swelling bass elements reappear, in addition to a gorgeous top-line arpeggio. In the drop and closing minutes of the composition, these layers coalesce to create a tidal wave of sound that is absolutely mesmerizing.

Argentine talents Airdraw and Jo.E, both hailing from Córdoba, presented the memorable “Bryde’s Whale” and “Lightness” on our label in 2018. Their collaborative project makes a triumphant return with “The Man Who Could Only Play Winter Notes,” which, much like their prior work, bridges the genres of progressive house and trance. A robust groove steadily propels the listener into the cosmos, as otherworldly symphonic and vocal textures conjure the vision of a celestial event. In the main break, the soaring string themes, flanked by a variety of fluttering side melodies, prove profoundly moving. The breathtaking string and piano score continues to unfurl, as this inspired production comes to its sweeping conclusion.

Closing out the Silk Music Showcase 07 Sampler, celebrated label veteran eleven.five once again serves up a beautiful contribution to our compilation series. The noir-tinged “Echo Foxtrot” is a spiritual sequel to his 2013 single “Echo”; both songs employ a variety of jazz-influenced instrumental motifs and evoke a loungy, after-hours aura. A chilled groove in the early going features a funky, resonant bassline -- an eleven.five signature — that compels the listener to bop along. Meanwhile, a haunting trumpet theme and stuttering vocal stab reinforce the Baudelairean notion of “modernity,” which thematically imbues the composition. The mystique, eroticism, and fleeting beauty of city life are once again eloquently conveyed by eleven.five via this infectious tune.