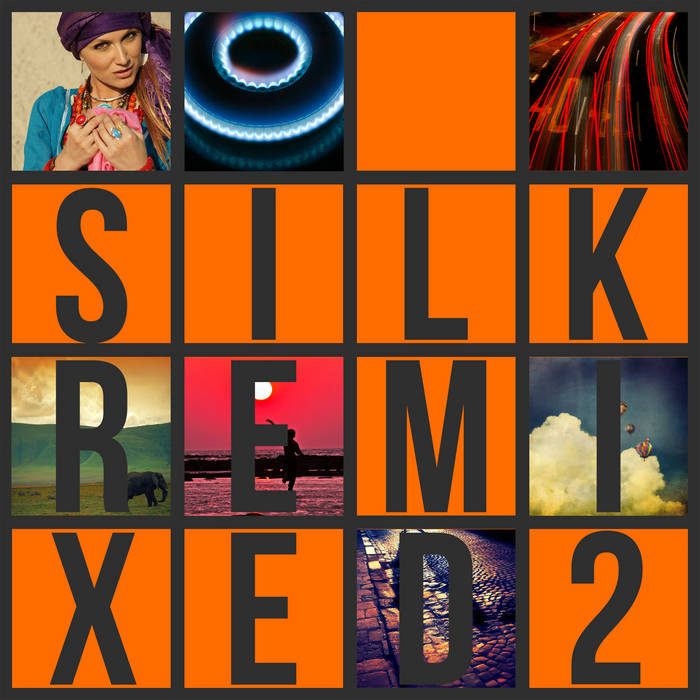 Silk Royal is thrilled to present Silk Remixed 02, the second installment of the annual series, featuring many of the most accomplished global artists in progressive. Four of the tracks included in the compilation were first "previewed" on April's Silk Royal Showcase 02 compilation, while three others (remixes by Nigel Good, Embliss, and Airdraw) are completely new. All seven cuts are now available for the first time as full, DJ-friendly versions.

Kicking off the compilation is American star Matt Lange's mesmerizing remix of Schodt & Aida Fenhel's "White Tiger," the original version of which has been supported on radio by Above & Beyond, Matt Darey, James Grant, and more. The new "2012 Re-Master" showcases Matt's celebrated compositional and mixing skills, as well as his ability to craft elegant, evocative peak-hour progressive. The crescendoing, emotive energy of the layered lead, the signature shuffling, full-stereo rhythm, and superlative (and haunting) vocal processing lend credence to the wonderful support this track has received by international DJ's and fans alike.

Rising Canadian sensation Nigel Good follows with a brand new remix of Johan Vilborg's progressive trance anthem, "Altara," which was one of the top-selling releases for Silk Royal this past year (#2 on Beatport Trance). Nigel's update "deceptively" begins as a more stripped down, feel-good progressive house interpretation, but later on, metamorphosizes into a take-no-prisoners, peak-hour stormer. The drop, specifically, features the layered trance lead of the original, soaring above a brand new gut-busting bassline groove.

Sundriver, the seasoned Polish progressive veteran who has been supported on numerous occasions on Above & Beyond's "TATW" and Armin's "ASOT," is next up with a breathtaking interpretation of Shingo Nakamura & Kazusa's "Move On," a track that was originally launched as part of Silk's first ever remix competition. All of the core "ingredients" of a Sundriver classic are here: celestial pads, euphoric lead arps and side melodies, and, of course, the escapist aural sense of being beside the ocean at sunset. One of the highlights of the Silk Royal Showcase 02 compilation, we are thrilled to finally release this one in its original glory.

Airdraw, a young artist that has quickly emerged as a label standout, offers a new, roaring interpretation of Jacob Henry & Coastal's "Serengeti." Fans of the Argentinian talent will recognize the rolling, high-octane signature bassline, which leads into an unexpectedly pulled-back and soothing break. Specifically, Airdraw has given the lead break motif an almost "jazzy," after-hours lounge vibe, though, the drop quickly thrusts the tune back into peak-hour euphoria.

Nigel Good's second offering in the EP, his remix of fellow Canadian star Soundprank's "Burner," is next in line. Another standout from SRS 02, Nigel's take on this classic release (originally on Silk Digital) features a masterfully designed vocal stab progression, as well as new variations on the beautiful melodic themes first composed by the Prankster. The most memorable and captivating moments on this one occur in the main break, where Nigel's stunning new chords and piano coalesce with the beautiful original melodies, to truly poignant effect.

Dutch veteran Embliss delivers the third of the "new"cuts on the EP, a soothing take on Ali Mahmud's "Wishful Thinking." Already supported as the opening track on "Solaris International" by Solarstone, Embliss' remix begins with a chilled groove and a cavernous bassline, which immediately establish a pensive, late-night mood. The track, as to be expected from an Embliss production, becomes increasingly textured, including a funky arp pattern, and a moody, deep-pad soundscape. Other subtle melodies are added throughout the track as well, including a gorgeous piano theme in the main break, in the classical tradition of" journey-like" progressive music.

Finally, the exceedingly gifted American producer-DJ Dave Cortex, an artist who has been featured two-years-running on the Silk Remixed series, serves up a funky interpretation of Jacob Henry's "Cloak & Dagger." Many of the original samples are included, but this version is completely "reworked," with a much more traditionally "house-y" groove. In the break, a lovely new piano merges with a wickedly funky lead, which carry the track to the heavy, dancefloor-friendly drop to follow.