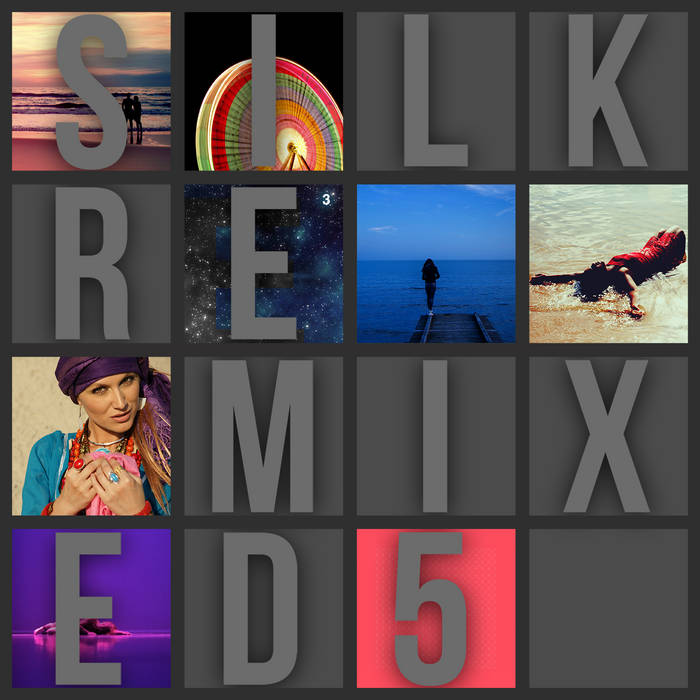 Silk Royal is thrilled to present Silk Remixed 05, the fifth installment of the annual series. Kicking off this year's edition, Silk veteran Terry Da Libra contributes a modern rework of the 2008 classic "E3" by Polish talent LavKastor. Having recently released "Onirikon," the most supported single of his career, Terry has undoubtedly elevated his compositional prowess yet again this year. His uplifting and truly inspirational take on "E3" proves to be another timeless classic by the Greek virtuoso.

Irish phenom David Broaders offers an exceptional, uptempo remix of 19 Hz's celebrated single "Round & Round." A thunderous bassline gives the remix plenty of dancefloor-friendly swing in the early going, while hints of the main melodic themes from the original track are playfully teased. In the song's breathtaking climax, an extended piano solo is immediately followed by rapturous chords. The drop to follow is one of the most exhilarating moments on this year's compilation.

Similar in energy and tone to the preceding track, APD & Kris Maydak offer a stunning rework of "Reflections," originally a collaboration between Finnish talents Tom Fall & Something Good. A roaring, jet-propelled groove is punctuated by echoes of the song's signature vocal motif in its opening minutes. In the main break, the haunting and exceedingly beautiful vocal theme is met by an inspiring new lead theme, which crescendo into a explosive drop.

Recently responsible for the #1 Beatport Trance release "A Day At The Beach," Dutch maestro Talamanca contributes another elegant, Balearic-tinged gem: a soulful remix of Justin Oh & Jennifer Yun's "We Chase The Sun." In signature form, Talamanca begins the remix with an uptempo progressive groove, upon which various blissful melodic themes are layered, not the least of which is Yun's mellifluous lead vocals. The evocative soundscape continues to intensify, as the triumphant chords and dancing arpeggios effortlessly combine with the emotional and visual power of the lyrical themes. The song's gorgeous refrain, "We chase the sun, anywhere we'll go," is a joyful reminder of the spirit of our compilation, as a whole.

American talent Mrmilkcarton makes his Silk Royal Showcase debut with a sensational new remix of LTN's "Haven Place." A true producer's producer, Mrmilkcarton is an incredibly promising musician, thanks to the notable creativity in the sound design of each and every one of his compositions to date. A heavily filtered, yet reverberating bassline cuts through a buoyant groove in the initial build of his take, while ethereal vocal stabs and a hypnotic arpeggio suggest a powerful theme to come. Sure enough, in the main break, the dark, ominous energy of the build resolves into a magnificent lead theme, with a stunning array of instrumental and vocal elements filling out the mesmerizing soundscape.

The exceedingly talented duo of Airdraw & Noar return to our imprint with a lush interpretation of Piramex's "Aquamarine." Working off the hypnotic original melody, the Argentine duo offer a variety of additional midrange layers, leading into a jazzy and truly rapturous breakdown. The funky groove and radiant melodies in the final minutes are quite captivating.

Stendahl has been on fire of late, courtesy of breathtaking original tracks & remixes alike, including his recent take on Jan Martin & Mango's "Pillows." His rendering of the Ad Brown & Darin Epsilon classic "Cold Water" finds the Russian talent in vintage form. Specifically, an elegant, smooth groove sits snugly below a deep, late-night soundscape, featuring echoes of the original melodies, as well as variety of inspiring new themes.